Alicia Schist is the oldest rock identified in Bohol. It was named after the town where it is located, the northeastern town of Alicia. These metamorphic rocks were formed between the Late Jurassic to Early Cretaceous (146 mya – 66 mya). It initially started from ocean floor sediments that were successively buried deep underneath layers and layers of sediments until it turned into sedimentary rock. Afterwards it was subjected to tremendous regional pressure and deformation causing its upward movement and eventual emergence from the sea. This caused the metamorphism of the rocks, changing them to a different type of rock from what they were originally: a schist, with repetitive thin layers or sheet-like planes that can be easily split. The sheet-like planes can be seen in the outcrop and hand samples, as well. The Alicia Schist outcrop is located at an exposed hill along a road in Brgy. Cayacay, Alicia, Bohol. Other exposures are also found in the town of Ubay. 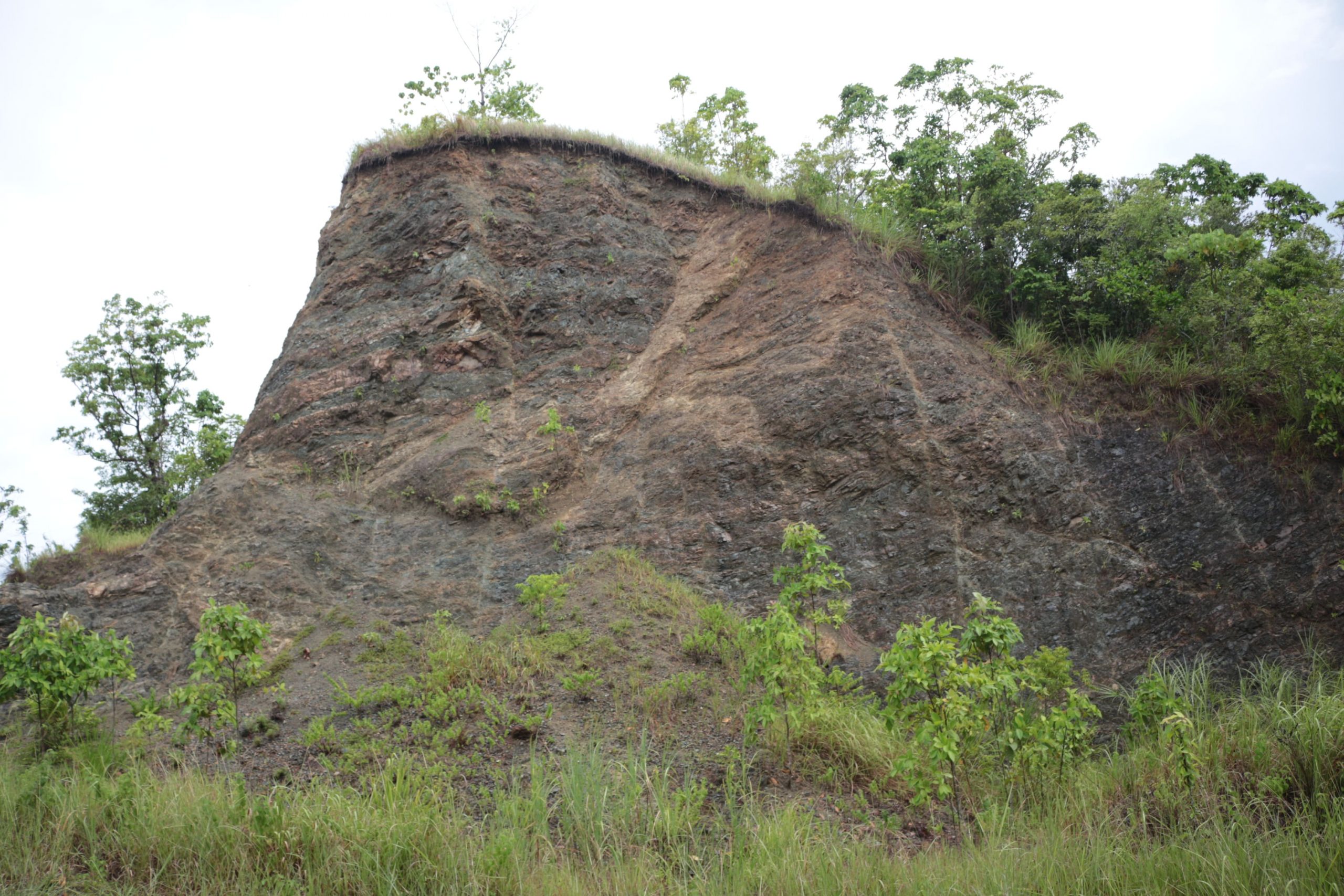 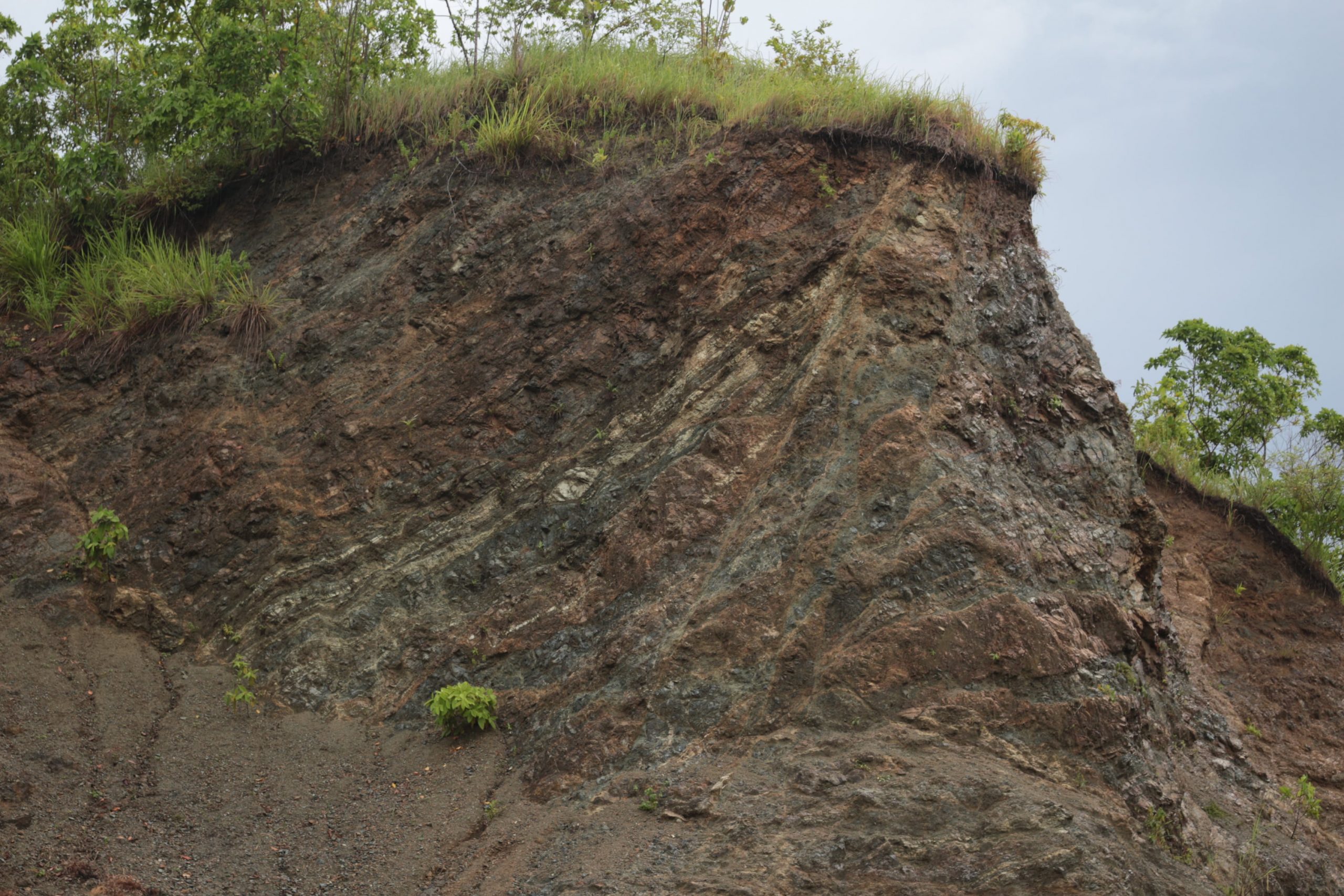 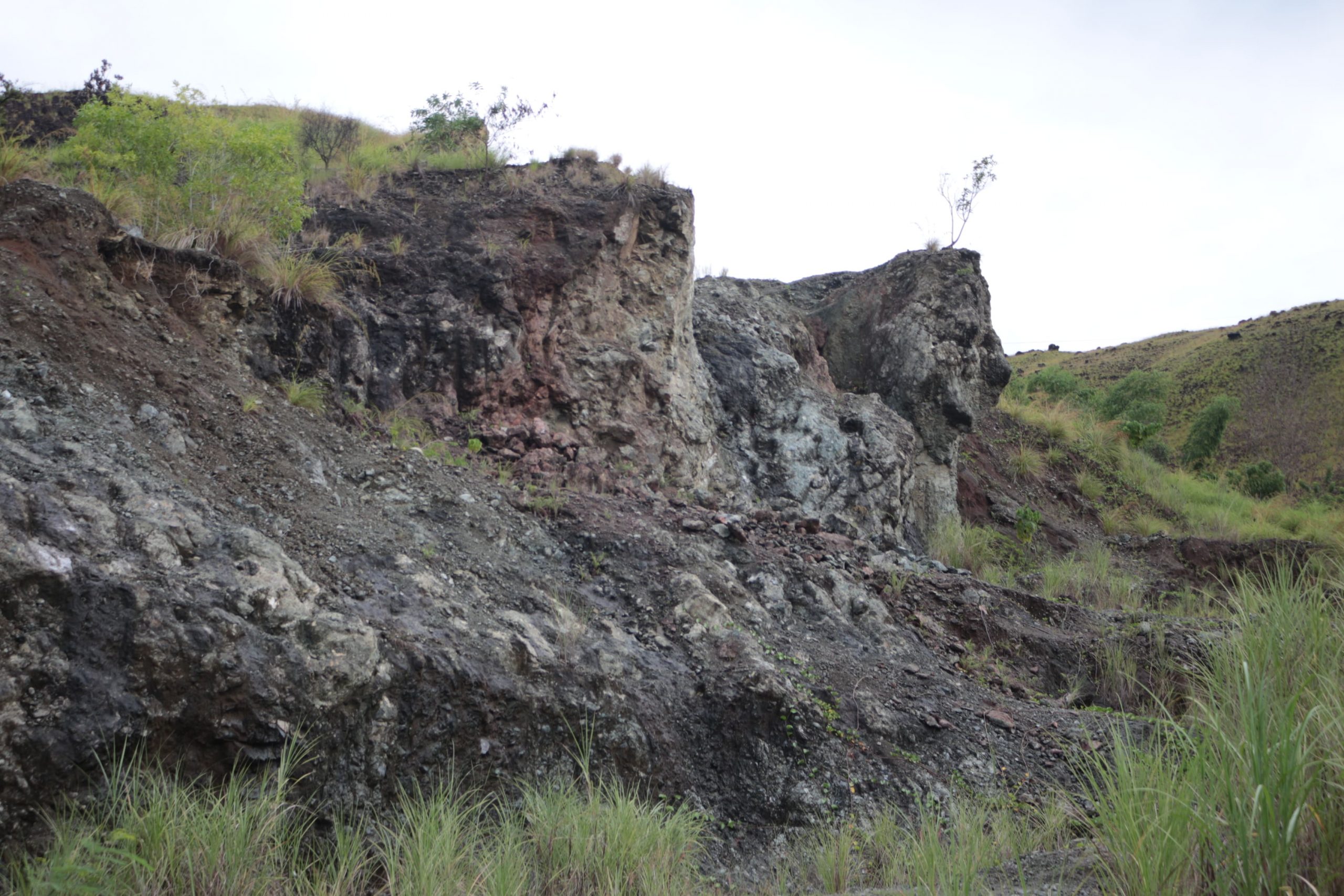 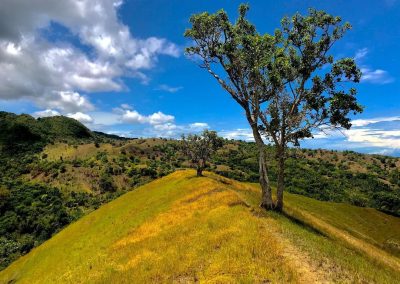 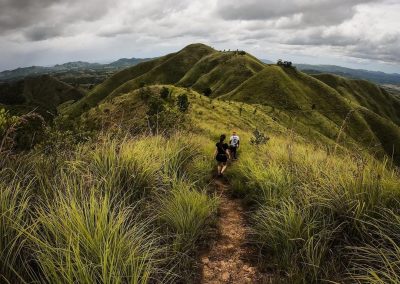 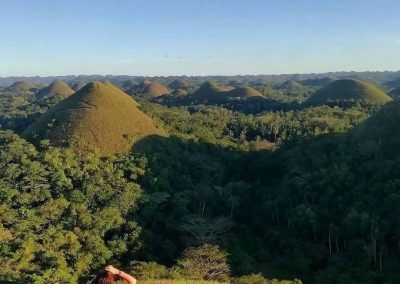 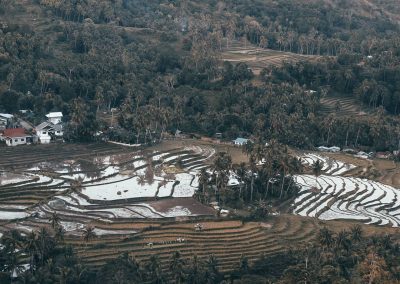 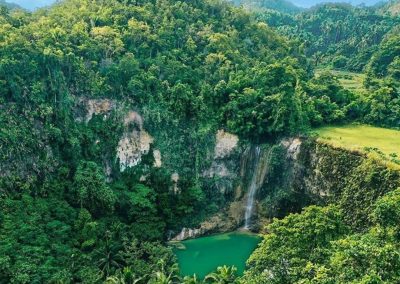 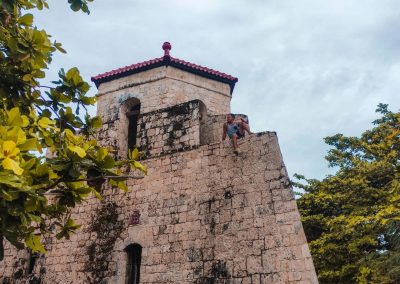